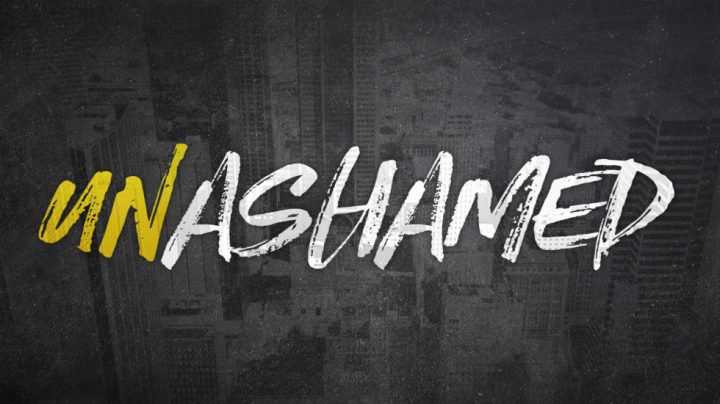 I think you are wrong!

I don’t know how else to say this.

I know your heart is right and you want there to be no hinderances to people coming to the Lord, but if they can’t boldly accept Christ in the safety of the body of believers, how can you expect them to boldly proclaim Jesus to others?!

Fight the good fight of the faith. Take hold of the eternal life to which you were called when you made your good confession in the presence of many witnesses.

1 Timothy 6:12 tells us to take hold of the good confession we made in front of many witnesses, why then are we veiling those witnesses?

When you ask everyone to close their eyes and bow their heads and reassure them that nobody is watching, what are you doing? How can we celebrate with those we don’t know have believed? How can we disciple those who have never made their confession known?

We are called to make disciples, but this new practice robs both sides of the party–we cannot lovingly bring those brothers and sisters under our wings and they do not learn what it means to be UNASHAMED of the Gospel.

Whoever is ashamed of me and my words, the Son of Man will be ashamed of them when he comes in his glory and in the glory of the Father and of the holy angels

In Luke 9:28, Jesus himself says, “Whoever is ashamed of me and my words, the Son of Man will be ashamed of them when he comes in his glory and in the glory of the Father and of the holy angels.”

What are we protecting the people from? Embarrassment? Fear?

I’m sorry, but those don’t co-exist with scripture. Let’s not forget that before Jesus makes that previous statement, He also says we must “deny ourselves and pick up our cross and follow him.” We do not accept Americanized, morally good, said a prayer and I go to church so I’m a Christian-Christianity. This is not for the faint of heart. Let us not forget that there is a cost to accepting Christ. We must count the cost.

I urge you, ministers of the faith, reconsider…

Say goodbye to the “Americanized/Western” faith.

Disclaimer: I think much of why we ascribe to this view of sharing the Gospel and salvation is because we don’t baptize as frequently and baptism is the outward symbol of the inward trust we’ve placed in Christ. Many of the accounts I read in scripture where people repented and accepted Christ were immediately followed by baptism. On the rare occasions when they weren’t ( Acts 10: 47-48, Acts 8:26-40 ), they were anxious to do so as soon as they cam to water. Everyone would of know of their decision because they places in which they baptized were public.

Furthermore, for those who received Christ and were not immediately baptized, they were anxious to share what Jesus had done for them after believing in him (  e.g. the woman at the well ). Yet, never do I recall Jesus telling the people around them to close their eyes or not be a witness (e.g. Zaccheus) whether it was one-on-one or in front of a crowd.

We must model Jesus and not accept passive salvation.

First is marriage. Actually, first is God.⁣
🎉🎉HAPPY BIRTHDAY to my sister! ⁣
Last I checked, God set the standard for my body. ⁣
I used to cry over guys I didn't even like because I valued them liking me more than I valued my liking them.⁣
I don’t like working out on my own…contrary to popular belief. ⁣
It’s very possible to have simultaneous conflicting emotions. This can be with your feelings towards a particular person or a certain situation. It could even be for a holiday such as today—July 4.⁣